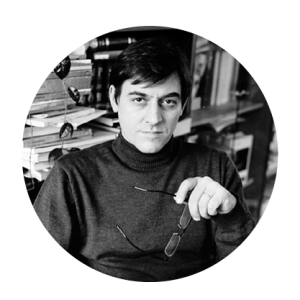 European projects:
– Principal Investigator of the project »FAIDA. Feud and blood feud between customary law and legal process in medieval and early modern Europe. The case of the Upper-Adriatic area«. 7th FP EU – Marie Curie Actions (MCA- IEF) for established researchers at the Ca’ Foscari University Venice, 2015-2017;
– Project manager of strategic international project SHARED CULTURE – Strategic Project for the knowledge and availability of shared cultural heritage (3,5 mio €) approved by The Program for transnational cooperation Slovenia-Italy 2007–2013;
– Project manager of HEART OF ISTRIA: Heritage and Art. The development of cross-border tourist itinerary in urban and rural areas of Istria, approved by INTERREG III A Slovenia – Hungary­ – Croatia, 2004-2006;
– An institutional partner in the 6th Framework Program of European Union (SS-ERC), project SS-ERC-“Social Sciences and European Research Capacities (2003-2006);
– Coordinator of the project Life nature CONSERVATION OF ENDANGERED HABITATS AND SPECIES IN THE FUTURE KARST PARK, 2002-2004;
– Coordinator of the project Different Memories –Memories of Honor (1999–2000) – Phare CBC Slovenia – Italy;
– Partnership in the project KAŠTELIR. Prehistoric hillforts and ethnobotanics for sustainable tourism and rural development – from the Karst (via Brkini, Čičarija and Istria) to Kvarner. Interreg Slovenia-Croatia, 2018-2021;

He was a reviewer of study programs and research projects in the field of historiography, at the request of the competent ministries of the Republic of Croatia (2010-2012). Member of the commissions for the defense of masters and PhDs at the University of Ljubljana, Maribor, Koper, Venice (Ca ‘Foscari), Central European University, member of the presidency and research council of the East European Historical Society, Sochi, Russian Federation, etc.

– 1993 Fellowship of Fundation Open Society Fund.
– 1997-1999 Fellowship of Fundation Research Support Scheme from Prague.
– 2010 Award at the 10th Anniversary of the Faculty of Humanisties of the University of Primorska for the elaboration of many study programmes.
– 2011 Award Primorski um, for scientists, who are introducing major scientific achievements into practice within their work.

Darko Darovec’s work based on large amounts of unpublished primary archival sources, preserved in archives and libraries in Koper, Piran, Venice, Ljubljana, Trieste, Vienna, Rijeka and Pazin. On the basis of his research over the last few years he presented the complex image of the borderland issues and the structure of conflicts and crises in the Adriatic region (f. e. the book A Brief history of Istra, which was also reprinted and translated  into languages: English, Croatian, Italian). Long-term experience in the fields of social, economic and cultural history of Istria and Northern-Adriatic region during the Middle Ages and especially in early modern period present the basis of his work which is also influenced by his studies of different sources and literature published within the Adriatic region and elsewhere.  His main field of research are: medieval and modern history of Istria, Slovenia and Mediterranean, with a special emphasis on law history, history of culture, society and economy.

Currently in the frame of his projects is dealing with European customary systems of conflict resolution (project FAIDA – Marie Curie Actions 7th FP EU, at Ca’ Foscari University Venice) and in the context of research program  The past of North Eastern Slovenia and neighbouring regions of Austria, Hungary and Croatia (at University of Maribor) is dealing with Slovenian modern history, especially from the interdisciplinary perspective of the Slovenian nation and state bulding, and with different forms of representations of cultural memory within research project “The Contemporality of the Understanding Context and the Expression of Personal and Social Freedom” at the Institute IRRIS and within research project “Cultural Memory of Slovene Nation and State Building”, financed by Slovenian Research Agency.