PRESENTATION OF THE PROJECT:

In the past two or three decades the famous essay by Max Gluckman (Gluckman 1955) has become the reference point for the many historical studies on the feud and revenge. In his study Gluckman emphasized how the system of feud fulfilled an essential function of balance within strongly conflicting societies, both by acting as a true regulatory system of social control and by performing preventing the dreaded and inevitable retaliation represented by episodes of violence.

To what extent can we distinguish the term feud understood in terms of a more general conflict that refers to enmity, which often lasted for long periods, from that of revenge, which seems to suggest a single act of retaliation or more simply a generic concept? The research conducted on the modern age (Povolo 1997) shows how the feud aristocratic system imploded when, due to the intervention of the central political authorities, there can no longer be a self-regulatory system of conflicts based on the idiom of honor. The system of feud was intimately connected to the political dimension and to the introduction, in the course of the twelfth and thirteenth centuries, of Roman-canonical procedures which had the aim of incorporating the conflict system of feud, until then mainly governed by custom; into procedural practices in order mitigate its bloodiest consequences. Feud, revenge and legal process were all part of a complex system of regulation of conflicts (Stein 1984, Berman 1983).

The conference intends to define firstly a general objective and then some more specific goals. The scientific purposes lie primarily in the deconstruction and the subsequent reassessment of a historical process that the documentary sources show on the narrative level in a distinctly negative and misleading way. This is because they disregard both the customary and the legal implications that the feud had for centuries, as well as its social functions, which were part of an order and a tradition centered on peace and community control of conflicts.

Any consideration of the state of the art is not possible without considering some essential points:

a)  Like other relevant topics, the studies on feud underwent the classical disciplinary subdivisions that were consolidated in the last decades of the nineteenth century (Chartier 1994, Storey 2005)

b) The former point is also related to the fact that certain disciplines have particularly developed in those countries where historiography is still predominantly not in English. Legal anthropology, which largely developed in France (Rouland 1994), and the history of law, which has a rich tradition in Italy (Padoa Schioppa 1997 Bellomo 1995) are two examples where the English translation has had considerable influence.

c) The interrelations between discourses, practices and representations (Rouland 1994) or, in other words between theory, practice and narratives (Munslow 2000), which reflect the interpretative debate among historians and anthropologists, has mainly focused on the first and third points, while the study of practices has been somewhat neglected, especially judicial practices, which include the feud. A reconstruction of the concept of feud and revenge can also be very helpful in understanding other forms of narratives on the topic, such as the arts, literature and architecture.

d) The relationship between judicial practices and the feud acquires interesting relevance both in customary systems and in systems governed by the legal process. But there still remains to trace the crucial transition from customary practices mainly handled by the community (prevailing in the early medieval age) to practices managed by professionals (judges, lawyers, notaries) and the procedures successively worked out by them. Therefore, it is important to take into account the research conducted on single European areas and for different historical periods, especially for the early Middle Ages, the Middle Ages, the Modern and Contemporary Age, and finally the various disciplines used.

e) The following stage, marked by the affirmation of inquisitorial procedures, and in which almost everywhere the system based on feuds and its ancient procedures was weakened, has not been sufficiently studied. The different forms of affirmation and dominance of state realities were crucial to the subsequent development of the feud during the modern era (and in some cases even in contemporary times), Tilly 2005).

The studies aiming to investigate the feud in the interrelationships between customary law and legal process, especially for the period after the assertion of state powers which, in the wake of new instances and social pressures, imposed intensively inquisitorial procedures that made ​​ the self-management of conflicts between different social classes far more difficult

– The Feud and procedural narratives

An analysis of the new inquisitorial proceedings with the identification of the speeches that were formulated by experts of law and of their use. This will permit us to understand the narrative forms that aim at facilitating their use and application.

An analysis of the trials and criminal proceedings that conditioned the new form of punitive justice. Through this, it will be possible to identify the actions, consequences and protagonist of the feud in the context of proceedings that not only can no longer convey the older forms of mediation and feud, but are illustrated in a negative way. The inquisitorial procedure of the Council of Ten (an important Venetian judiciary body) was characterized by the absence of a defense that could criticize the conduct of the judiciary body, by hard and severe interrogations of the accused and by secret depositions. There are just a few of the most significant aspects of procedures that aimed to neutralize the local feud.

The analysis of the links between the feud, as understood in terms of a trial that is the expression of new judiciary procedures, and the feud as an eminently social phenomenon described in numerous sources (diaries, reports, and memoires of the protagonists). It will be possible to understand the existing difference between practices of containment of the social phenomenon itself. The files of the trial indirectly record certain cultural aspects of the feud (mediation, hierarchies, signs and symbols of conflicts). Other sources record the social contexts where they developed, making explicit the protagonists and the dynamics of conflict, as well as the methods used to bypass the new forms of social control (connections with the political power, forms of corruption, control of influential and powerful local persons, and so on).

– The protagonists of the feud

The analysis of the victim and the accused in the trial. These are protagonists, who could be considered “new”, which the new trial rituals emphasized through the alleged crimes suffered by the victims, or committed by the indicted. But if the role of the accused expresses at the highest level the assertion of a new form of punitive justice which aimed to affirm new forms of social control, the role of the victim and its weak procedural configuration attest the weakening of ancient forms of justice that regulated the feud. And the victims (the family of the murdered person) do not have a decisive role in the context of the trial. The eventual peace imposed by the judiciary body is not able to rebuild the social frame shattered by conflicts and retaliations. 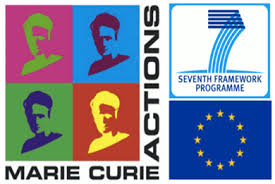 This research was supported by a Marie Curie Intra European Fellowship within the 7th European Community Framework Programme. Grant Agreement No. 627936.

If you disable this cookie, we will not be able to save your preferences. This means that every time you visit this website you will need to enable or disable cookies again.